This last month has been pretty cake crazy, and with a number of family events around the corner it’s about to get crazier. Every time I finish a cake project, another one appears. When I finished the owl cake I was relieved to have a break from impending deadlines, but then the next Link’s Blacklist Project round opened for sign ups. Oops. Maybe one day I’ll be able to return to my own giant list of fan art projects that’s steadily growing my the moment. 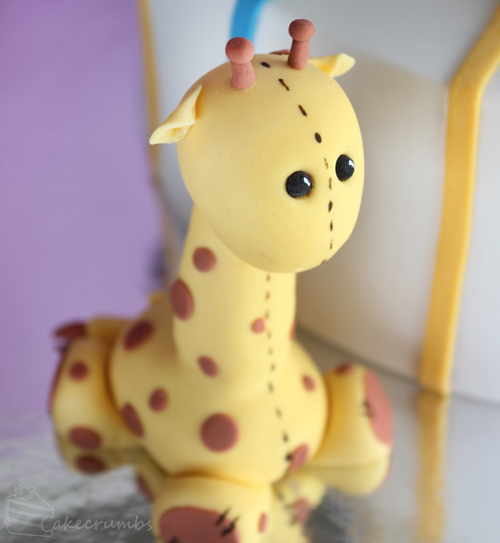 Last month I got the opportunity to step away from all that and make a birthday cake for an occasion, rather than an art project. This family had been at the birthday party of another family who commissioned a cake from me. They liked what they saw enough to want me to make a cake for their son’s birthday, too. That’s always an incredibly flattering way to receive a commission, knowing the person has seen and tasted your work and wants more of it.

The idea was as simple enough: they wanted a colourful, two tiered cake adorned with all their son’s favourite toys.

Simple in practise, but the level of detail and fondant figures required made things a little more complex. All in all, there were 8 fondant figures needed for the cake. My first concern was the cake becoming really cluttered, so I tried to use size and spacing to make it less so. 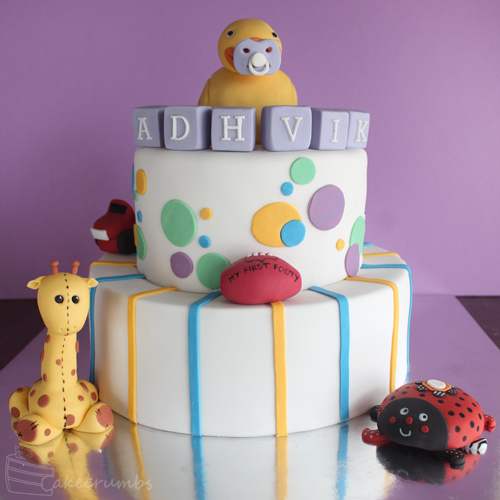 Let’s go through all the toys. They sent me a whole bunch of photos of their son’s favourite toys to replicate. But then they also asked for a giraffe. There were no specifications on how it was to look, so I decided to make a plushie giraffe to suit the toy theme. I made it heavily stylised and added a bunch of stitches around the place.

I haven’t made a fondant giraffe since my first ever cake commission. Boy have I come a long way since then. The little giraffe on top earned the name Ralphred, and has since lived on in stories amongst family and friends. So as soon as I started making another fondant giraffe, he became Ralphred to us as well. 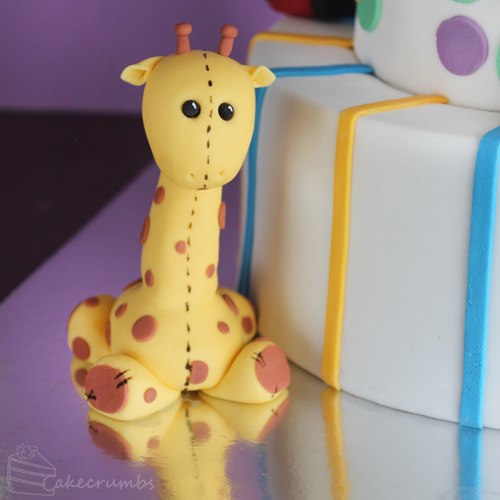 Next were all the toy replicas. First was this lil lady bug soft toy. It was made out of patterned material so I opted to paint the patterns onto the fondant. 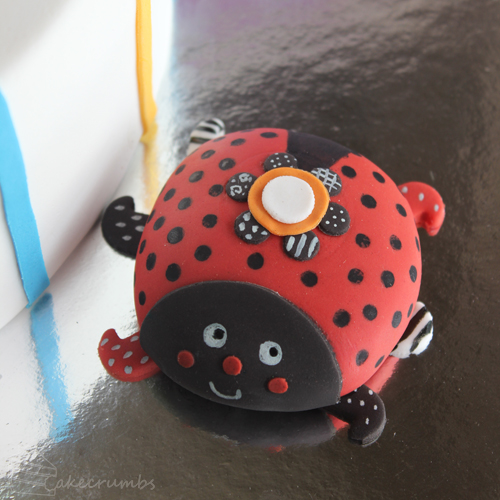 Next came this little football. The toy is modelled after the Sherrin footballs used in Australian Rules Football [y’know, the one true football code].

Then there was a wind-up fish toy, which presented some difficulties as the toy was made up of many segments that didn’t touch. I made it curve around the cake so it’d have something to attach to and would also remove the need for wiring. Kids have a habit of running up to the cake and shoving the fondant figures in their mouth, so keeping out inedible components is always preferable. Around this side of the cake was also a toy phone. 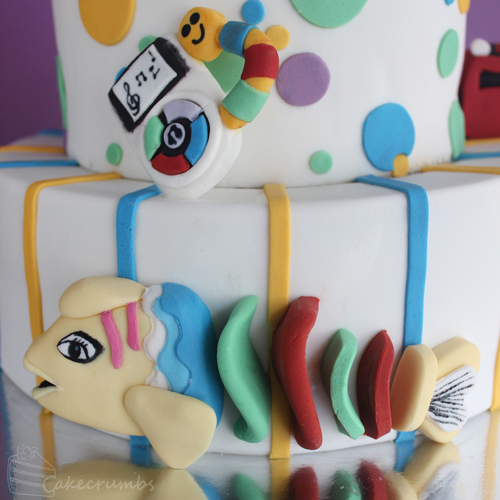 Around the base was a walker toy. This toy had so many bits and pieces going on. It was hard to get the details so small. There were a couple of other puppies and things I left out, just getting all the main features in. 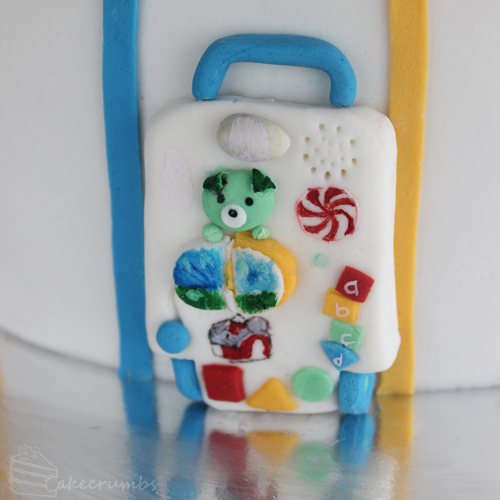 Last of all on the other side was a toy hummer. As a topper they asked for a rubber duckie with a pacifier in its mouth. 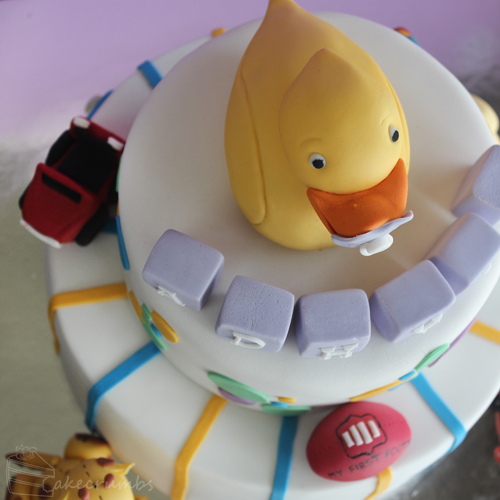 Then last of all they asked for the birthday boy’s name in blocks around the top of the cake. The topper is made out of truffle covered in fondant, rather than being solid fondant all the way through. All the fondant figures were about 2 full days work so it was pretty intense. 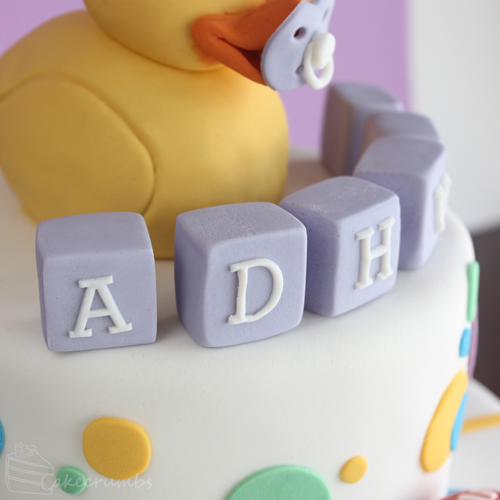 The bottom tier of the cake was chocolate truffle cake layered and covered in whipped chocolate ganache. The top tier was a strawberry butter cake layered and covered in vanilla buttercream. They were both covered with fondant then decorated. The family were really pleased with the look and taste of the cake. I was mostly pleased to be able to compare it to old work and see how much more polished my work looks now. 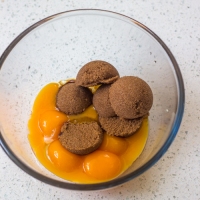 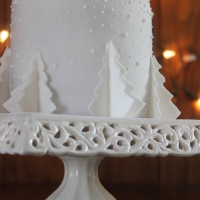