As a lot of you already know, 2 and a half years ago I joined deviantART. For anyone who hasn’t heard of it before, dA is an artist community where users can showcase their art of any kind of medium. I’d been a distant admirer of many artists there for a long time, but it was only recently I finally joined. I only really joined so I could actively follow those artists, throwing a few photos of my cakes and crafts in my own gallery just so it wouldn’t be empty. It’s no exaggeration to say it became a life changing experience. For some reason I can’t explain, people gravitated towards my food stuff and I started getting a lot of attention uncharacteristically quickly. The community changed the way I thought about cake decorating and made me challenge myself to start creating outside of the box. I started to see food as an artistic medium and used it to create fan art or participate in art collabs. The community also inspired me to start learning about still life photography in the hope of elevating my photos of food stuff beyond quick snap shots. A number of individuals in that community promoted my work and brought it to the attention of a larger audience, something that was the catalyst for my stuff getting plastered all over prominent websites and even in newspaper articles! It’s been an absolutely crazy, wild ride. 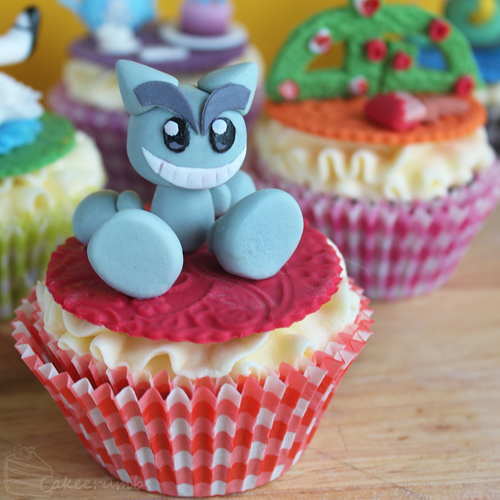 I owe a lot to the community there. These days I’m a Community Volunteer for the Artisan Crafts galleries. A big part of my job is bringing attention to lesser know artists and showing off their work to the masses. I’ve been doing it for over a year now and I love being able to do for other artists what others did for me.

Today is the websites 14th birthday. There’s loads of celebratory events and contests going on. This years virtual party has an Alice in Wonderland theme, so I just had to make some cupcakes to celebrate the occasion.

I decided to opt for a bit of a mix up between deviantART things and Alice in Wonderland things.

I started out by making the bases for the toppers by embossing the fondant. I couldn’t decide on a colour theme, so I just went with a rainbow one. 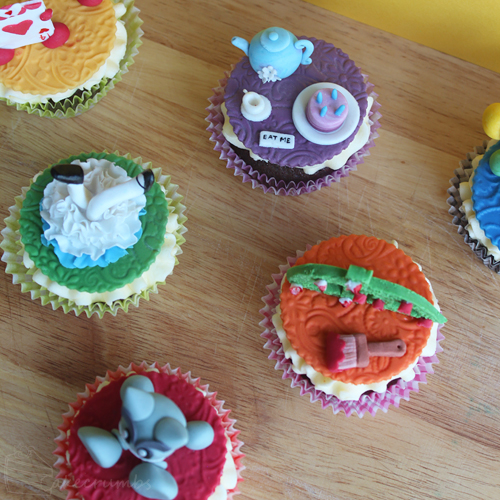 First up, I made deviantART’s mascot, Fella. But in line with the Alice in Wonderland theme, I decided to give him a massive Cheshire cat grin rather than his more characteristic smirk.

Next was the star of Alice in Wonderland, Alice herself. This cupcake design with a fondant Alice falling down the rabbit hole is one I’ve seen in numerous places and have always wanted to try, but hadn’t had the excise to make Alice cupcakes yet. I loved making the ruffles for her dress, and making them the centre of attention.

I made the dA logo into a rose hedge, with some of the roses still in the process of being painted red. As I was making this I got “We’re painting the roses red” stuck in my head for hours on end. Which led to me singing it a lot, and getting it stuck in everyone else’s head. Mission accomplished.

These were the tiniest roses I’ve ever made. Usually I make them petal by petal, but I had to settle for scroll roses for this one.

It wouldn’t quite be Alice in Wonderland without a tea party. I snuck a little dA theme in there by making a cake inspired by the site’s cake emoticon:

I figured I had to get the number 14 in there somewhere, so I did that in the form of the playing card men.

The cupcakes themselves were my go-to chocolate mudcake, the recipe for which I’ve posted in lots of posts like this one. I topped it with a little strawberry flavoured buttercream before adding the fondant toppers. 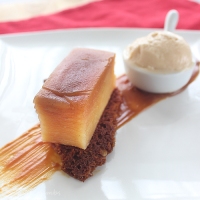