Now that my mini-series of cook books has been cooked through, I'm back to indecision in picking a book for the challenge. This week was made a little easier for me, as dad picked up another couple books from the op shop for me. I was flicking through one whilst trying to decide on dinner and came across as recipe I just had to try.

The book is New Idea's "Let's Cook Chinese". I'm such a lover of Asian food, but it's something I seldom have at home. Neither of my parents were equipped to cook Asian dishes, so growing up the only Asian food I got was take away. I haven't learnt enough yet to be able to experiment much with Asian flavours, and so I tend to rely a lot of cook books when I'm making it at home. Some are more westernised than others, and I feel this one lingers half way between traditional and bastardised Asian cuisine, but as a Westerner I'm not picky enough to mind. This book had so many dishes I wanted to try, but there was one that caught my attention above all else.

I'm not sure what it is about sesame seeds that makes food look so appealing to me. More than that, I've never seen sesame seeds covering meatballs before. I was sold.

The recipe itself is a little vague, especially regarding quantities of meat. Fortunately, unlike baking desserts, you don't need to stick to specific quantities when making meatballs. I actually forgot to put the pork in this recipe, a fact I only realised when I opened my microwave later that night and discovered the mince I'd defrosted still inside. My puppy was the happy recipient of my error.

All you need is for the mixture to be able to form balls like this that will hold together. You'll know as you're mixing it if it needs more meat or more liquid.

Once you've rolled them up, you roll the ball in sesame seeds, then deep fry (or, if you're conservative with oil like me, shallow fry, being sure to give both sides equal oil time).

The recipe said to serve it with tomato or Worcestershire sauce. We opted for sweet chilli instead.

These work well as a canapé or entrée. My boyfriend and I nommed the entire lot for dinner. We were mega stuffed by the end, but they're well worth it.

Here's the recipe from New Idea: 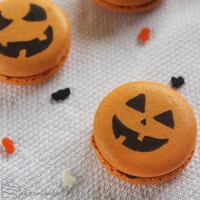